Himachal Pradesh is home to some of the most exotic Flora and Fauna in India. Most members of the wildlife community are carefully tended to in the 30 sanctuaries and 2 national parks situated in this state. Snow Leopard, Golden Pheasant, Crested Robin and Tibetan Antelope are some of the rare animals found in the parks and sanctuaries listed below. 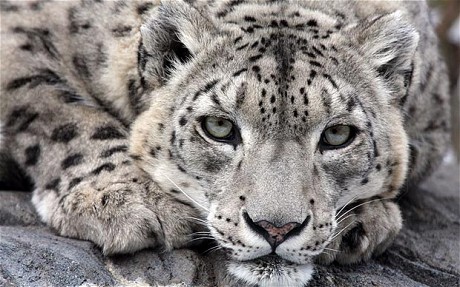 Parks and Sanctuaries of Himachal Pradesh

Here are some of the famous wildlife sanctuaries of Himachal:

This national Park is built to conserve the flora and fauna of Lahaul Spiti region i.e. the cold desert of India. Most part of the year this park is snowed over thus making it an ideal location for many winter friendly animals. It’s recommended to visit this National Park only in winters.

This is the biggest national Park in India and is home to more than 350 species of wildlife which is protected under Wildlife Protection Act 1972. This is one of the few parks that is built under the concept of eco-development project where 100% effort is put to simulate the environment of natural forests.

Chail Wildlife Sanctuary is located near Chail; a famous hill station and its currently recognized as a protected area under Indian government. Oak and Pine trees fill up this luxuriant sanctuary where guided tours are available. Maharaja of Patiala had established this sanctuary more than 50 years ago. 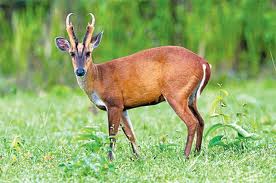 Churdhar Wildlife Sanctuary has been mentioned in many books including Great Arc by Jhon Keay. This is one of the few sanctuaries in Himachal Pradesh where one can visit in the winters. The sanctuary has a proper guided bus tour available along with forest guides

Daranghati Sanctuary is full of undisturbed beautiful forest areas like Kokla, Kalij and Tragopan. This is one of the newer sanctuaries in Himachal Pradesh and is a little difficult to reach. This sanctuary falls enroute to a lot of trekking tours that are conducted from Shimla.

This Sanctuary is near the famous Hill Station of Dalhousie and is filled with luxuriant Deodar and Fir trees. The Ravi River flows nearby making this an extremely beautiful location. This Sanctuary falls on the well known Khajjar trekking trails. 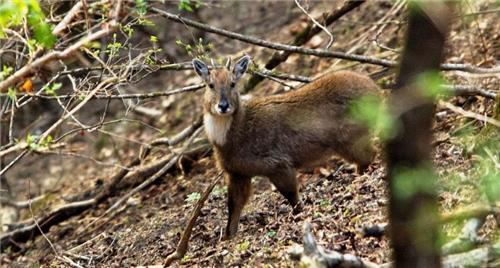 The fertile and beautiful Parvati Valley hosts the Kanwar National Sanctuary which is home to a large population of deciduous trees (a rarity in Himachal0. This Sanctuary can only be accessed through an uphill walk as it is atop a hillock. The sanctuary is extremely well maintained as it’s tended to by ex army personnel.

This is probably one of the most beautiful Sanctuaries in the whole of India. An abundance of flora and fauna including rare medicinal plants, exotic flowers like orchids and rhodendrons and lovely shrubs dot the sanctuary giving it a fairytale feel. The famous Mani Mahesh temple is also situated here so this sanctuary sees a lot of pilgrim visits too.

First Sanctuary to be named after a fierce warrior the Maharana Pratap Sanctuary is also an ode to his gentleness and concern for wildlife. Apart from a Sanctuary this is also a wetland Conservation Reserve. This has one of the biggest fisheries in India too. The Sanctuary is filled with Mulberry, Shisham, Amla, Prunus, Jamun, Acacia, and Kachanar etc.

This is again a sanctuary which is a good visit in winter as it stands on a considerably lower elevation. The Sanctuary is built in ecological conservation model where all the wildlife has been kept in simulated forest environment. It’s rather difficult to reach this Sanctuary as the roads are not properly formed.

Renuka Sanctuary or Renuka Reserve Forest has been designated as “Abhayaranya” by the Govt. Of India. Renuka Temple is situated inside this forest and it is of profound religious value. This is a dry and mixed deciduous forest which is filled with Shisham, Cordia, Lucinea and Khair. Ramsarovar is also a primary attraction of this Sanctuary 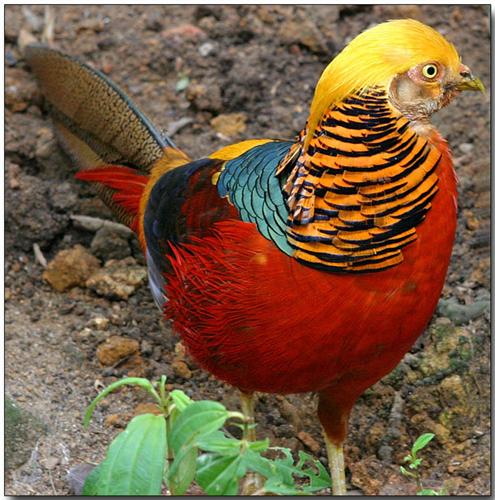 Manali Sanctuary is at a very convenient location which contributes to the huge tourist traffic that it enjoys. The famous Dhungri Temple lies inside the Manali Sanctuary and it is protected under the Wildlife Animals Protection Act. This is a pretty Sanctuary filled with quaint little log huts.

This is an extremely high altitude wildlife sanctuary which makes it approachable only from late April to June. This Sanctuary is bordered by Jammu and Kashmir on one side and is filled with dense evergreen forests and beautiful alpine meadows. This sanctuary has rarified air so you need to be acclimatized before you visit it. 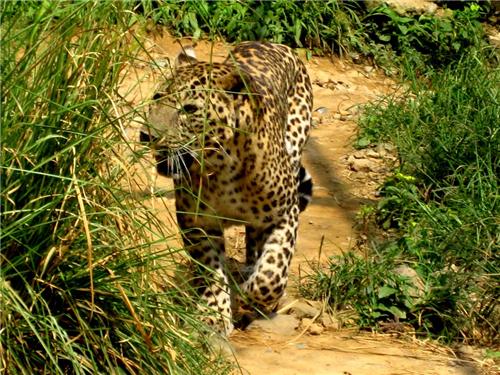 Gopalpur Zoo is spread over an area of 30 acres. The location of Gopalpur Zoo is 32.1°N and 76.27°E. The location of this zoo is on the Palampur-Dharamsala Road that passes through Kangra District. The zoo was established by the Department of Wildlife of Himachal Pradesh State. The zoo is located at a height of 1254 meters.  The annual rainfall of this zoo area is about 2500 mm in a year. The temperature of this region varies from 15°C to 19°C. The flora and fauna of this zoo is diverse and this diversity attracts tourists and nature lovers from all over the world to come here and visit this famous zoo of Himachal Pradesh. 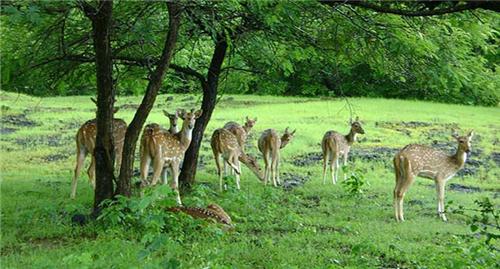 The animals found in this zoo are Sambar, Musk Deer, Barking Deer, Wild Pigs, Red Foxes, Hog Deer, Himalayan Leopards and others. The varieties of birds found here are Monal, Eagles, Vultures, Peacocks and many other endangered birds. The other animals kept in this zoo are Indian Mongoose, Common Langur and Indian Porcupine. The zoo is fringed with dense forest of trees like Deodar, Chestnut, Kail and Maple. The best time to visit this zoo is from mid September – November and then again from March – June. Varieties of accommodation are available around Gopalpur Zoo. Visitors can enjoy staying in hotels and resorts like Swosti Palm Resort, Whispering Pines, Hotel the Woodz and Dharamsala Hotel.

Located only 13 KM from Shimla, the state capital, Kurfi Zoo has excellent surrounding that attracts the visitors apart from its richness of flora and fauna. The latitude and longitude of Kufri Himalayan Zoo is 311°N and 77.25°E. The altitude of Kufri zoo is 2743 meters. Apart from enjoying the captivating beauty of the surrounding mountains and valleys, this zoo allows visitors to look at wide varieties of wildlife and flora. The common animals and birds one can see in this zoo are Brown Beer, Musk Deer, Monal, and Hangal, Barking Deer, antelopes, lions, and leopards. 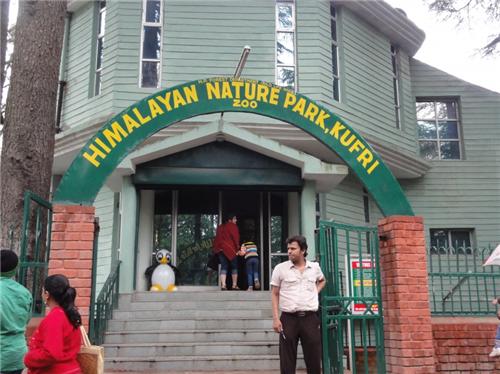 The nearest railway station to this zoo is Kufri Railway Station and the nearest airport is the Jubbarhati Airport located about 22 KM from Kufri. Summer time is the best time to visit this zoo. Visitors have wide array of choices to stay around this zoo. Oberoi Wildflower Hall, Kufri Holiday Resort and Galleu Resort are some of the best and easily accessible accommodations around this zoo.

Breathtaking beauty and scintillating surroundings of Manali Zoo is one of the most preferred destinations of wildlife lovers. Nature enthusiasts get to see huge varieties of animals and birds in this zoo. The zoo is famous for considerable numbers of bear and Monal, the state bird of Himachal Pradesh. Because of availability of air, road and rail transport, visitors can reach Manali Zoo very easily. Located at a height of 2050 meters and having the latitude and longitude of 32.23 °N and 77.18° E, this famous zoo has a strategic location.  The temperature of this region ranges from 4 °C to 20 °C.

This forest area was declared as part of Manali Zoo in the year 1982.  Many endangered and rare species are found in Manali Zoo. Animals like Black Bear, Flying Squirrel, Barking Deer, Stripped Hyena, Himalayan Civet, Brown Bear, and Leopards are found in this zoo. 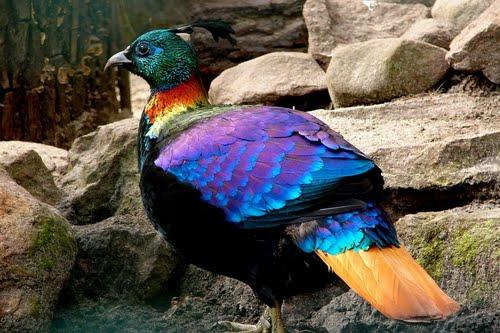 Many types of birds including pheasants and Monals are also kept in this zoo. Varieties of reptile and mammal species enhance the attraction of this zoo to the visitors. Animals and birds are preserved in healthy conditions as they are kept in spacious cages.

The best time to visit Manali Zoo is during summer months April - June. Manali Zoo can be visited from mid September to November before heavy rainfall starts. The nearest railway Station is Joginder Nagar and the nearest airport to Manali Zoo is Bhuntar Airport. 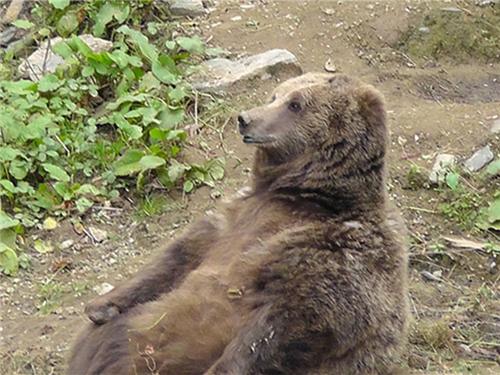 Renukaji Mni Zoo is located in Sirmour District of Himachal Pradesh. The zoo was established in the year 1983. The zoo has been named after a mythological character of the Hindus Renuka, mother of Sage Parsuram. As per the Hindu Mythology, Renuka was killed by her own son Sage Parsuram. The zoo is located at an altitude of 660 meters. Varieties of animals kept in this zoo are Sambar, Spotted Deer, the Hog Deer, and the Black Buck. Over the years of time, species of different kinds of deer in this zoo has increased considerably. Visitors can also enjoy a lion safari in this zoo. An aviary having diverse species of birds including the local ones is also housed within the zoo. 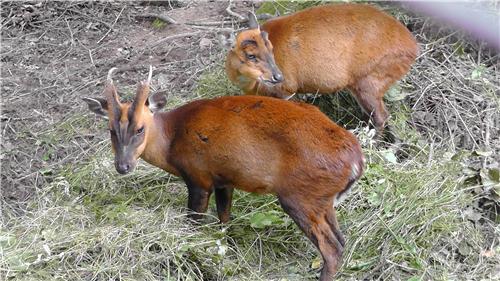 The zoo is located in Simaur District which can be easily reached by all means of transport. The nearest rail station to reach Renukaji Zoo is Yamunanagar which is located at a distance of 160 KM. the nearest airport is Jubbarhatti Airport.

The best time to visit Renukaji Mini Zoo is from April-June and then again from September-November.

Numerous accommodations are available in around this zoo. Visitors can comfortably stay in various resorts and forest rest houses located around Renukaji Mini Zoo.