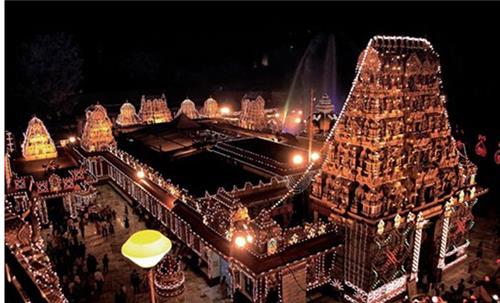 Himachal Pradesh has five Shakti Peeths where devotees gather in great numbers during the Navratri Festival because this festival is dedicated to Devi Durga, who is also known as Ma Shakti, the origin of eternal powers.

About Navratri Festival in Himachal Pradesh

Navaratri is celebrated with lots of devotion in all parts of India. It is a festival of nine days. In Himachal Pradesh, the celebration of Navratri starts on the last day of the festival. The last day is marked as the day when Lord Rama had returned to Ayodhya after killing the demon King Ravana. Big processions along with the deities of various temples of Himachal Pradesh get organized in Himachal Pradesh during Navratri Festival. Navratri is a festival of nine (nav) nights (ratra). During this festival devotees worship Divine Mother or Devi Shakti, who is worshiped as Devi Durga, Devi Laxmi and Devi Saraswati. Nine forms of Divine Mother are worshiped during Navratri Festival. Devotees observe fast during these nine days. Prayers are chanted and people feed Brahmins to seek their blessings.

Nine Forms of Divine Mother are Mookambika, Bhavani, Bhairavi, Sarvamangala, Jagadamba, Chandika, Bhadrakali, Annaporna and Durga. People wear colorful dresses on the occasions of Navratri and each day of this nine day long festival is denoted by a particular color. Special arrangements are made by the government of the state to ensure devotees and visitors reaching Himachal Pradesh during Navratri festival can have hassle free stay. Hotels of all types are available near temple premises as well as in the surrounding areas to cater to the requirements of visitors of all budgets and preferences.

Himachal Pradesh is famous for its celebration of different fairs and festivals. As per the Vikrami Calendar, Chaitra Month (March-April) is considered as the starting of the New Year. Chaiti Navaratri Festival is a famous festival that is celebrated in the State of Himachal Pradesh. Goddess Shakti, that is the origin of all powers, is worshiped during this festival.

This famous temple dedicated to Devi Durga is located in Bilaspur. When Sati, consort of Lord Shiva had died and Lord Shiva did Tandava Dance with Sati’s Corspe, Lord Vishu was called to stop Lord Shiva. Ma Sati’s body was cut into 51 pieces. Her eyes fell into the place where Sri Naina Devi Temple was built.


How to Reach Sri Naina Devi Temple
Sri Naina Devi Temple can be reached through National Highway No. 21. The nearest airport is Chandigarh and distance of this temple from Chandigarh is about 100 KM. This temple is connected to Kiratpur Sahib and Anandpur Sahib through roads and taxis can be hired to reach here. The last few kilometers of road are hilly. State Transport Buses are also available in great numbers to reach Sri Naina Devi Temple from major places of Himachal Pradesh and Punjab. Ropeways and Palkis are available for the old and disabled people to reach the top of the temple premise located on the top of the hill.

This famous temple of Himachal Pradesh is located about 34 KM south in Valley of Kangra and is about 52 KM away from Dharamsala. As per the Hindu Legends, tongue of Sati Mata fell here which is still worshipped in the form of the flame which is always burning. Jawalaji Temple is considered as one of the most sacred places for the Hindus. During Navratri, huge numbers of devotees gather here and fairs are arranged on this occasion.


How to Reach Sri Jawalaji Temple
This temple can be reached by road from various parts of north and north/west India e.g. Punjab, Delhi, Chandigarh, Jammu and Haryana. Regular bus services are available to reach here. The nearest airport is the Gaggal Airport.

Famous as one of the Shaktipeethas of the Hindus, Chintapurni Mata Temple located at Una District is situated on the top of Sola Singhi Hills. It is believed that feet of Sati Mata fell here where her body was cut into pieces by the Sudarshana Chakra of Lord Vishnu. The temple is also famous as Devi Chinnamastika Temple. The Goddess is worshipped in her pindi form. Devotees believe that all their wishes are fulfilled when they offer their prayers to Devi Chintapurni. During Navratri special celebrations are held here and fair are organized near the temple premise where lakhs of devotees from the surrounding areas and far off places gather. 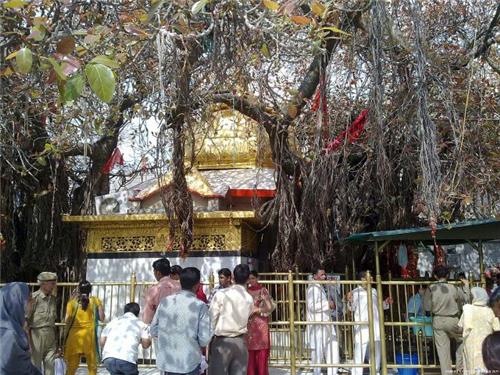 Located at about 10 KM away from Palampur in the west director on the shores of Baner River, Chamunda Devi Temple is another Shaktipeetha of the Hindus. The idol of this temple remains hidden with a red colored cloth as it is considered as very sacred temple. Hanuman and Bhairon are seen on the two sides of the idol of Devi Chamunda. This temple is also famous as Chamunda Nandikeshwar Temple.

Navratri Festival rituals are observed here in details. The first three days of this festival is dedicated to 3 forms of Durga and she is worshipped as Kali, Parvati and Kumari respresenting adult woman, young girl and a child respectively. On this occasion, on the day of Mahanavami, nine young girls are worshipped which is also known as “Kumari Puja”.

One of the famous Shaktipeethas of the Hindus, Bajreshwari Devi Temple, is located in Kangra Old Township. It is believed that this Devi Sati’s breasts fell at this place. Though the temple got destroyed in 1905, the temple got reconstructed again in 1920. The famous Kangra Fort is present in the close vicinity of this temple. Navratri Festival is celebrated with great joy at this temple and thousands of devotees flock here during this occasion to become part of Navratri Celebrations. 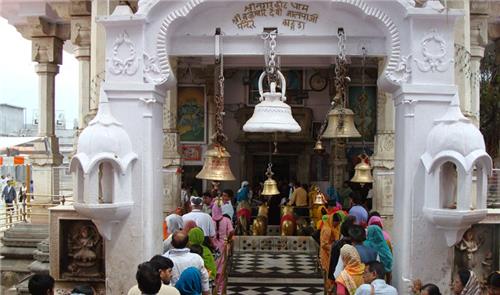 How to Reach Bajreshwari Devi Temple
The nearest airport of this temple is the Kangra Airport which is located about 7 KM from this temple. Direct flights from Delhi are available at this airport. The best way to reach this temple premise is to take road transport. Roads connect Kangra to many other parts of Himachal Pradesh State. Private and public buses, private taxis are available in abundance to reach this famous temple premise. The nearest rail station is Pathankot which is a broad gauge railway station. Pathankot station is about 86 KM away from here.

So, come visit Himachal Pradesh during the Navratri Festival to witness the celebrations in its full form!!!